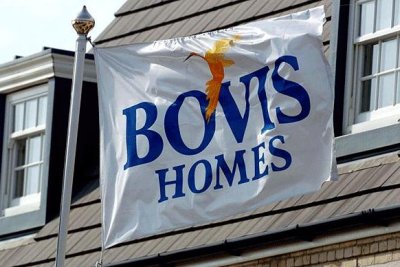 Housebuilder Bovis Homes announced that it expects a “significant” and "record" increase in revenue and pre-tax profit in 2015.

It also announced a "strong forward sales position", with 14pc more reservations for 2016 than last year, and said that land acquisition had been "strong".

Bovis also hopes to increase its operating margin to more than 17pc for the year.

The upbeat trading statement comes two months after the company hit a rough patch and issued a profit warning, sending its shares down 10pc in one day. The company blamed planning delays, which David Ritchie, chief executive, described as "frustrating".

Mr Ritchie said that he understood the government’s criticism of the housebuilding industry for building enough homes, but said there were significant challenges to the whole sector.

“In our context it’s unfair – four years ago we were delivering 2,000 houses a year, and we are now delivering just under 4,000. The investments we are making should help us continue to grow to our target of 6,000 per year.

“If we get it right we will treble the size of the business.

"To build houses you have to have land – which we are seeing coming through now – and the people, which there is a problem with.”

He said that the most significant challenge to the whole industry was a shortage of skills. Bovis has more than 100 active sites and needs 4,000 subcontractors. ”We are trying to grow aggressively so we need high levels of labour to build,” he added.

Three-quarters of its land is in the South of England, the largest proportion of any national housebuilder. It does not do business in London - meaning it is protected from the volatile market there.

Bovis is the latest of the housebuilders to report strong price rises in a sector benefiting from government-backed housing programmes, such as Help to Buy. Shares rose 2.8pc in early trading.

Mr Ritchie added: “We have delivered the Group’s highest ever level of profit driven by another year of record volume in 2015.

"Our strategic plan is on track and we have enhanced our business structure for the start of this year to manage the planned growth in volume. We have invested well during 2015 in new land assets and achieved a strong level of conversion from our strategic land bank.

"Assuming market conditions remain stable we are confident in our ability to improve return on capital employed further in 2016.”